As if Alexandra Lucas’ anxiety disorder isn’t enough, mysterious holograms suddenly appear from the sky, heralding the end of the world. They bring an ultimatum: heed the warning and step through a portal-like vertex to safety, or stay and be destroyed by a comet they say is on a collision course with earth. How’s that for senior year stress?

The holograms, claiming to be humans from the future, bring the promise of safety. But without the ability to verify their story, Alex is forced to consider what is best for her friends, her family, and herself.

To stay or to go. A decision must be made. (Goodreads)

Crossing the Line by Meghan Rogers (The Raven Files, Book 1)

Jocelyn Steely was kidnapped as a child and raised in North Korea as a spy. When her agency sends her to the U.S. to infiltrate the very group her parents once worked for, Jocelyn jumps at the chance to turn double agent and finish off her kidnappers once and for all.

She convinces the head of the American spy agency to trust her, but it’s not quite as simple as that: Jocelyn has to fight the withdrawal symptoms from the drug that the North Koreans used to keep her in line, and her new fellow spies refuse to trust their former adversary. Worst of all, there might be some new information to uncover about her parents – if she even wants to find out. GOODREADS

Ever the hunted by Erin Summerill (Clash of Kingdoms, Book 1)

Seventeen-year-old Britta Flannery is at ease only in the woods with her dagger and bow. She spends her days tracking criminals alongside her father, the legendary bounty hunter for the King of Malam—that is, until her father is murdered. Now outcast and alone and having no rights to her father’s land or inheritance, she seeks refuge where she feels most safe: the Ever Woods. When Britta is caught poaching by the royal guard, instead of facing the noose she is offered a deal: her freedom in exchange for her father’s killer.

However, it’s not so simple. (Goodreads)

But then Celestine encounters a situation where she makes an instinctive decision. She breaks a rule and now faces life-changing repercussions. She could be imprisoned. She could be branded. She could be found flawed. (Goodreads)

Eighteen-year-old Blanca has lived a sheltered life. Her entire childhood has been spent at Tabula Rasa School where she’s been protected from the Internet.

Blanca has never been online and doesn’t even know how to text. Her lack of a virtual footprint makes her extremely valuable, and upon graduation, Blanca and those like her are sold to the highest bidders.

Blanca is purchased by Cal McNeal, who uses her to achieve personal gain. But the McNeals are soon horrified by just how obedient and non-defiant Blanca is. All those mind-numbing years locked away from society have made her mind almost impenetrable. (Goodreads)

The Hidden Oracle by Rick Riordan (The Trials of Apollo, Book 1)

After angering his father Zeus, the god Apollo is cast down from Olympus. Weak and disorientated, he lands in New York City as a regular teenage boy. Now, without his godly powers, the four-thousand-year-old deity must learn to survive in the modern world until he can somehow find a way to regain Zeus’s favour.

But Apollo has many enemies—gods, monsters and mortals who would love to see the former Olympian permanently destroyed. Apollo needs help, and he can think of only one place to go… an enclave of modern demigods known as Camp Half-Blood. (Goodreads)

Salem, Massachusetts is the site of the infamous witch trials and the new home of Samantha Mather. Recently transplanted from New York City, Sam and her stepmother are not exactly welcomed with open arms. Sam is the descendant of Cotton Mather, one of the men responsible for those trials and almost immediately, she becomes the enemy of a group of girls who call themselves The Descendants. And guess who their ancestors were?

If dealing with that weren’t enough, Sam also comes face to face with a real-life (well technically dead) ghost. A handsome, angry ghost who wants Sam to stop touching his stuff. But soon Sam discovers she is at the center of a centuries old curse affecting anyone with ties to the trials. (Goodreads)

And I Darken by Kiersten White (The Conqueror’s Saga, Book 1)

No one expects a princess to be brutal. And Lada Dragwlya likes it that way. Ever since she and her gentle younger brother, Radu, were wrenched from their homeland of Wallachia and abandoned by their father to be raised in the Ottoman courts, Lada has known that being ruthless is the key to survival. She and Radu are doomed to act as pawns in a vicious game, an unseen sword hovering over their every move. For the lineage that makes them special also makes them targets.

Lada despises the Ottomans and bides her time, planning her vengeance for the day when she can return to Wallachia and claim her birthright. Radu longs only for a place where he feels safe. And when they meet Mehmed, the defiant and lonely son of the sultan, Radu feels that he’s made a true friend—and Lada wonders if she’s finally found someone worthy of her passion. (Goodreads)

Everyone accepted that people were different physically. But inside? Inside, they were different too. You just had to know how to tell, what to look for. Evil has been eradicated. The City has been established. And citizens may only enter after having the ‘evil’ part of their brain removed. They are labelled on the System according to how ‘good’ they are. If they show signs of the evil emerging, they are labelled a K …But no one knows quite what that means. Only that they disappear, never to be seen again … (Goodreads)

Seventeen-year-old Emily likes her life the way it is: doting parents, good friends, good school in a safe neighbourhood. Sure, she’s curious about her biological father—the one who chose life in a motorcycle club, the Reign of Terror, over being a parent—but that doesn’t mean she wants to be a part of his world. But when a reluctant visit turns to an extended summer vacation among relatives she never knew she had, one thing becomes clear: nothing is what it seems. Not the club, not her secret-keeping father and not Oz, a guy with suck-me-in blue eyes who can help her understand them both. (Goodreads)

Wilhelmina has a hundred identities.

She is a princess. When the Indigo Kingdom conquered her homeland, Wilhelmina and other orphaned children of nobility were taken to Skyvale, the Indigo Kingdom’s capital. Ten years later, they are the Ospreys, experts at stealth and theft. With them, Wilhelmina means to take back her throne.

She is a spy. Wil and her best friend, Melanie, infiltrate Skyvale Palace to study their foes. They assume the identities of nobles from a wraith-fallen kingdom, but enemies fill the palace, and Melanie’s behavior grows suspicious. With Osprey missions becoming increasingly dangerous and their leader more unstable, Wil can’t trust anyone.

She is a threat. Wraith is the toxic by-product of magic, and for a century using magic has been forbidden. Still the wraith pours across the continent, reshaping the land and animals into fresh horrors. Soon it will reach the Indigo Kingdom. Wilhelmina’s magic might be the key to stopping the wraith, but if the vigilante Black Knife discovers Wil’s magic, she will vanish like all the others. (Goodreads)

Seventeen-year-old Audrey Rose Wadsworth was born a lord’s daughter, with a life of wealth and privilege stretched out before her. But between the social teas and silk dress fittings, she leads a forbidden secret life.

Against her stern father’s wishes and society’s expectations, Audrey often slips away to her uncle’s laboratory to study the gruesome practice of forensic medicine. When her work on a string of savagely killed corpses drags Audrey into the investigation of a serial murderer, her search for answers brings her close to her own sheltered world. (Goodreads) 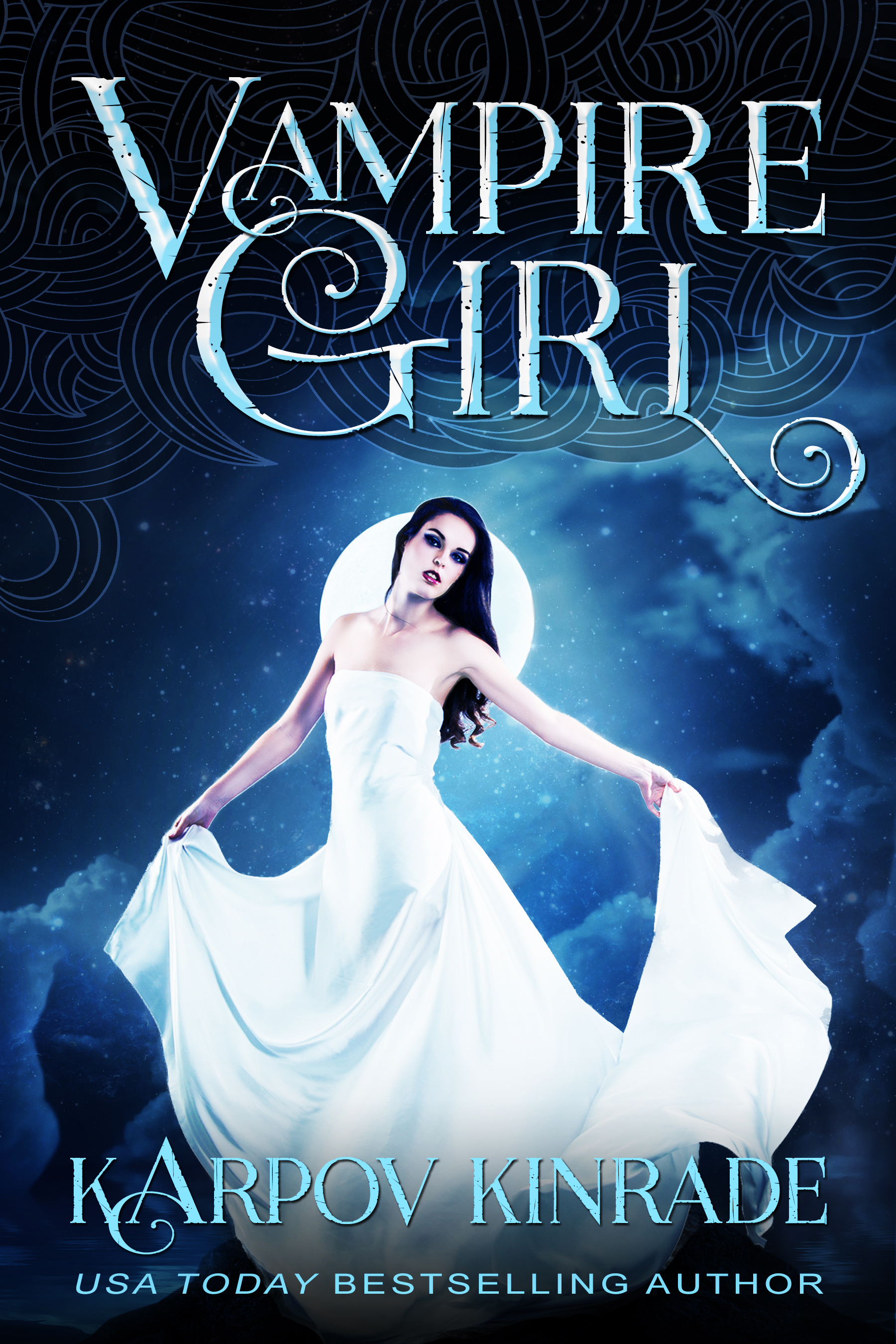 My name is Arianna Spero. I was an ordinary girl, living an ordinary life, until my mother lapsed into a coma. Now, I am her only hope. She made a deal with the devil, and on my 18th birthday he came to collect. But there’s a way to save her. There’s something the princes of hell want more than my mother.

So I signed my soul away and promised to pick a prince to marry. I would take the blood oath, become one of them, and give them an heir. I would become a princess of hell, and my mother would live.